I’m a psychiatrist and intuitive in Los Angeles. What I do isn’t my job. It’s my life’s passion. 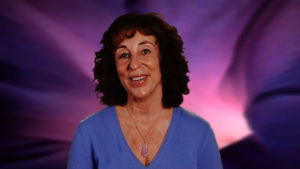 With patients and in workshops, I listen with my intellect and my intuition, a potent inner wisdom that goes beyond the literal. I experience it as a flash of insight, a gut feeling, a hunch, a dream. By blending intuition with orthodox medical knowledge I can offer my patients and workshop participants the best of both worlds. Now, listening to intuition is sacred to me, but learning to trust it has taken years. I’ve described the details in my memoir Second Sight which is meant to assure anyone whoever thought they were weird or crazy for having intuitive experiences, that they are not! This brief synopsis gives you a good sense of the book.

I grew up in Beverly Hills the only daughter of two-physician parents with twenty-five physicians in my family. From age nine, I had dreams and intuitions that would come true. I could predicts illness, earthquakes, even the suicide of one of my parent’s friends. This confused and alarmed me, as it did my parents who were entrenched in the hard-core rational world of science. At first they tried to write my intuitions off as coincidence. Finally, though, after I dreamed my mother’s mentor would loose a political election–which to my horror, came true–she took me aside and told me, “Never mention another dream or intuition in our house again!” I’ll never forget the look in my dear mother’s exasperated, frightened eyes, nothing I ever wanted to see again. So from that day on, I kept my intuitions to myself. I grew up ashamed of my abilities, sure there was something wrong with me.

Dr Judith Orloff is one of the leading experts featured in the movie Beyond Belief, produced by Jim Holzknecht and Becky Hays.