I love to meditate and have made it a daily practice. Being quite scientifically minded I love to monitor how it benefits me. Among other methods I often use the Heartmath FreezeFramer so that I can see how my meditations affect the rhythms of my heart. 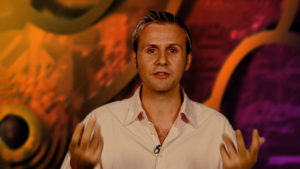 Doing this helps me to stay in a meditative state for the duration of my meditations (usually 30 – 45 minutes). Any loss of concentration usually shows up quickly on the screen of my laptop as my rhythms lose their coherence. By periodically glancing at the screen, I am reminded to keep my focus.

Meditation has been shown to have many positive effects on the body. It is believed that around 80% of all health problems are either negatively affected by stress, or that stress had a hand in their creation. Meditation is a well-known antidote to stress and so has a positive effect on many health complaints.

Since the widespread use of MRI scanners, scientists have been able to explore the effects of meditation on the growth of the brain. In one recent study (published in the journal, ‘Neurobiology of Ageing’), scientists Giuseppe Pagoni and Milos Cekic, from the Department of Psychiatry and Behavioural Sciences at Emory University in Atlanta, looked at the grey matter volume of the brain to measure the effects of Zen meditation.

What they found was that grey matter volume decreased as expected in the control group but not so with the meditators. In other words, meditation had a ‘neuroprotective’ effect: It slowed down the rate of ageing.

Many studies have shown similar anti ageing effects. It has been found also, for instance, that meditation can slow down the decline in levels of the hormone DHEA, which also usually declines with age.

Dr David Hamilton is one of the transformational leaders appearing in the documentary Beyond Belief, produced by Jim Holzknecht and Becky Hays