DavidJi : Well we can, one of the one, probably the one I’m most known for worldwide is probably the simplest one, and it’s called sixteen seconds. And the reason I like it so much, is because for someone who is uninitiated into meditation or for someone who’s never meditated at all, or says I must be doing it wrong, I haven’t, the Buddha hasn’t come and visited me yet. It’s to show the power of this concept of the pattern interrupt. So here is how it works, and you can… 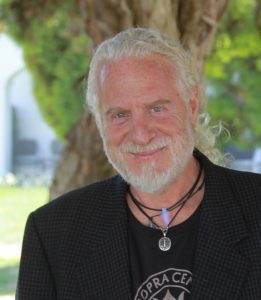 DavidJi : Let’s do it together, and everyone listening, let’s do it as well. So right now in your mind’s eye think about something that may be disturbing you, or bothering you, or something, an unmet expectation, something that you thought was going to unfold a certain way but it didn’t, maybe you’re annoyed or irritated by somebody, and get clear on what that is, don’t go too deep, this isn’t therapy, but just like stay at this level, maybe it happened in the last week or ten days. And maybe you can even feel that at some place in your physical body, you know, that discomfort or that irritation.

DavidJi : Right. You can use this while you’re waiting in a line, you can use this in the middle of a meeting, while you’re on the phone, while you’re driving in your car, you can do this when you’re suddenly experiencing any discomfort or irritation or sadness or confusion. It’s the centering breath, it’s like your mind taking a breath, and in those, in that period of time, and that was sixteen seconds, and if you do it four times it’s a minute, do it twenty times it’s five minutes. So it can become your actual meditation practice. But just in these little snippets, we don’t the chance throughout the course of the day to take that breath, you know, to suddenly stop. Let me give myself sixteen seconds to just go ahhh. Because this world is ever going, and so that’s an opportunity to just lock it down.

Diane : The beginning of mindfulness training.

DavidJi : You know, the vast teachings of meditation include mantra meditation and mindfulness. Mindfulness is just being so present that you are aware. Another word for mindfulness might as well be, just awareness. And that’s, so when I teach this to the military, I don’t call it, you know, meditation, we call it sixteen seconds. When we teach this to law enforcement we call it tactical breathing, you know…
Diane : Tactical breathing, I love that.

To Learn More About DavidJi, Meditation and Mindfulness: