Well if I give you a little background about my life, I began life in the home of a United Methodist Minister, who was actually a scientist turned minister.  So from the very beginning of my life I lived with parents who consistently talked about science. 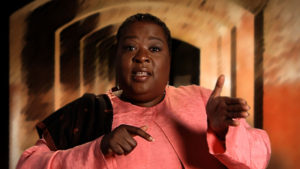 My father talked about microbiology all of the time.  He talked all the time about us being light.  That you don’t really see me, that I am light, that everything is energy, and what you see are really light rays coming from my physical body.  He talked about how mass is really light compressed to the point of visibility, or the point of materiality.

So my life began with an awareness that there is something magnificent taking place in each and every one of us, and each one of us is a unique and glorious emanation of the divine.  He also told us that within each and every one of us was an intelligence.  That there was nothing that we could not do.  That it was possible to do everything because at the very center of our being, there is this intelligence that is aware of everything in the universe.  Every idea that has ever come into humanity, come to this planet earth through humanity, has come from this intelligence.

As I went through school I became aware that I could tap into this infinite intelligence and I could consciously actually ask for information and get it.  My education wasn’t really from books, it wasn’t about what teachers were giving to me or imparting to me, but it was what was being drawn forth from within me.

As a teenager when I moved to California I ran into Dr Joseph Murphy, author of Power of Your Subconscious Mind and that meeting with Dr Murphy coupled with what I learned from my parents brought me to a new understanding about what is possible for human beings.

So as I went thru school, I would have a meditation everyday.  Matter of fact, for every hour of studying I did, I had at least 20 minutes that was meditation, and 40 minutes of reading.

And if it was a really tough subject, something that I wasn’t  grasping very quickly then I would reverse it and it would be 40 minutes of meditation and 20 minutes of actually reading the subject matter.

Because anyone who’s gone to school knows, you can study for many hours, you can read everything that you were told to read, and on an exam you may not come up with the exact answer that the professor was looking for because you didn’t quite know what their area of greatest interest was within any particular subject.

And I began to discover that it worked.  That just before I would go to class to take the exam or just before I sat down to write paper, that an idea would kind of drop down into my conscious reasoning mind and I would follow through with it.  Sometimes I would get the message to go back and read certain passages and I would go back and invariably when I would show up in class that’s what the test would be!