For over four hundred years, Western civilization has chosen science as its source of truths and wisdom about the mysteries of life. Allegorically, we may picture the wisdom of the universe as resembling a large mountain. We scale the mountain as we acquire knowledge. Our drive to reach the top of that mountain is fueled by the notion that with knowledge we may become “masters” of our universe. Conjure the image of the all-knowing guru seated atop the mountain. 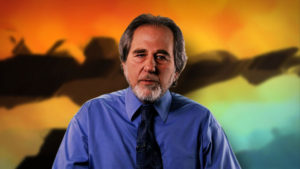 Scientists are professional seekers, forging the path up the “mountain of knowledge.” Their search takes them into the uncharted unknowns of the universe. With each scientific discovery, humanity gains a better foothold in scaling the mountain. Ascension is paved one scientific discovery at a time. Along its path, science occasionally encounters a fork in the road. Do they take the left turn or the right? When confronted with this dilemma, the direction chosen by science is determined by the consensus of scientists interpreting the acquired facts, as they are understood at the time.

Occasionally, scientists embark in a direction that ultimately leads to an apparent dead end. When that happens, we are faced with two choices: Continue to plod forward with the hope that science will eventually discover a way around the impediment, or return to the fork and reconsider the alternate path. Unfortunately, the more science invests in a particular path, the more difficult it is for science to let go of beliefs that keep it on that path. As historian Arnold Toynbee suggested, the cultural—which includes the scientific—mainstream inevitably clings to fixed ideas and rigid patterns in the face of imposing challenges. And yet from among their ranks arise creative minorities that resolve the threatening challenges with more viable responses. Creative minorities are active agents that transform old, outdated philosophical “truths” into new, life-sustaining cultural beliefs.

From Reductionism to Holism

The path that science is currently navigating has inadvertently brought us to our current moment of global crisis. Since the modern scientific revolution, starting with the publication of Copernicus’s observation in 1543, science has perceived the universe as a physical machine operating on the mechanical principles later defined by Newton. In the Newtonian worldview, the universe is defined by its material reality and its operation understood through reductionism—the process of taking matter apart and studying its bits and pieces. Knowledge of the universe’s parts and their interaction would allow science to predict and control nature. This notion of control is contained within determinism—the belief that with knowledge of something’s parts, we can predict its behavior.

The reductionist approach to understanding the nature of the universe has provided valuable knowledge, enabling us to fly to the moon, transplant artificial hearts, and read the genetic code. However, applying this science to world problems has hastened our apparent demise. It’s a simple fact that society cannot sustain itself by continuing to adhere to its current worldview. So leading-edge research is questioning fundamental assumptions long held as dogma by conventional science.

In contrast to conventional reductionism, the new noetic science is based upon holism, the belief that an understanding of nature and the human experience requires that we transcend the parts to see the whole.

Materialism and reductionism engender the idea that humans are disconnected from, and above, nature. The noetic vision emphasizes that life is derived from an integration and coordination of both the physical and the immaterial parts of the universe. The resolution of our global crisis requires the integration of reductionist and holistic perspectives. This revisioning of conventional science is seeding creative minorities who will rescue us from extinction.

First Floor: A Foundation of Fractals and Chaos

Fundamental to this new noetic curriculum is the foundation offered by math. Mathematical laws are absolute, certain, and indisputable. For centuries those laws have been used to isolate and divide the universe into separate measurable components. Future science will be built upon an emerging new math that emphasizes the disciplines of fractal geometry and chaos theory.

Rather than endorsing a Darwinian evolution based upon random mutations and a struggle for survival, fractal geometry reveals that the biosphere is a structured cooperative venture comprised of all living organisms. Instead of invoking competition as a means of survival, the new view of nature is one driven by cooperation among species living in harmony with their physical environment. We must own that every human being counts, for each is a member of a single organism. When we war, we are warring against ourselves.

Through mathematical equations, fractal geometry derives structures resembling those of the natural world, such as mountains, clouds, plants, and animals. The dynamics of those fractal structures are directly influenced by chaos theory, a math that is concerned with the nature by which small changes may cause unexpected final effects. Chaos theory defines the processes by which the flap of a butterfly’s wing in Asia may influence the formation of a tornado in Oklahoma. When chaos theory is combined with fractal geometry, the math further predicts the behavioral dynamics observed in our physical reality, from weather patterns to human physiology, from social patterns to market prices on the stock exchange.

A century ago, a group of creative minorities launched a radical new view of how the universe works. Albert Einstein, Max Planck, and Werner Heisenberg, among others, formulated new theories concerning the underlying mechanics of the universe. Their work on quantum mechanics revealed that the universe is not an assembly of physical parts as suggested by Newtonian physics but is derived from a holistic entanglement of immaterial energy waves. Quantum mechanics shockingly reveals that there is no true “physicality” in the universe; atoms are made of focused vortices of energy—miniature tornados that are constantly popping into and out of existence. Atoms as energy fields interact with the full spectrum of invisible energy fields that comprise the universe, intimately entangled with one another and the field in which they are immersed.

A fundamental conclusion of the new physics also acknowledges that the “observer creates the reality.” As observers, we are personally involved with the creation of our own reality! Physicists are being forced to admit that the universe is a “mental” construction. Pioneering physicist Sir James Jeans wrote: “The stream of knowledge is heading toward a nonmechanical reality; the universe begins to look more like a great thought than like a great machine. Mind no longer appears to be an accidental intruder into the realm of matter . . . we ought rather hail it as the creator and governor of the realm of matter” (R. C. Henry, “The Mental Universe”; Nature 436:29, 2005).

Although quantum mechanics was acknowledged eighty years ago as the best scientific description of the mechanisms creating our universe, most scientists rigidly cling to the prevailing matter-oriented worldview simply because it “seems” to make better sense out of our existence. To grapple with the contradictions, the majority of physicists have chosen an easy way out: They restrict quantum theory’s validity to the subatomic world. Renowned theoretical physicist David Deutsch wrote: “Despite the unrivalled empirical success of quantum theory, the very suggestion that it may be literally true as a description of nature is still greeted with cynicism, incomprehension, and even anger” (T. Folger, “Quantum Shmantum”; Discover 22:37–43, 2001).

However, quantum laws must hold at every level of reality. We can no longer afford to ignore that fact. We must learn that our beliefs, perceptions, and attitudes about the world create the world. Recently, Johns Hopkins physicist professor R. C. Henry suggested that we “get over it” and accept the inarguable conclusion: “The universe is immaterial—mental and spiritual” (R. C. Henry, “The Mental Universe”).

Bruce H. Lipton, Ph.D, cellular biologist and bestselling author, of The Biology of Belief, is a pioneering research scientist in the fields of stem cell biology and epigenetics. His most recent book, co-authored with Steve Bhaerman, is Spontaneous Evolution.

This article was first published in the Feb 2006 issue of Shift: At the Frontiers of Consciousness, published by the Institute of Noeti

Bruce Lipton appears in the film Beyond Belief, produced by Becky Hays and Jim Holzknecht