Excerpt from Article by Adriana James featured in Empower Magazine 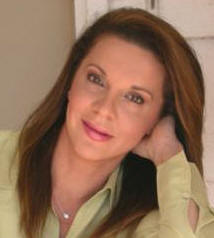 Let me ask you a question: Could your life be better? If you were to commit to massively enhancing the areas that are most important to you, could your life improve, maybe even dramatically? If you know there’s more for you, then you know what you’ve got to do. But what if you don’t know?

All of us have unwanted thoughts, emotions and behaviors that we want to get rid of. Maybe we have repeated thoughts like “I’ll never lose this weight” or “I’ll never meet the right man or woman to marry” or maybe we repeatedly feel sad or get really angry and blow up at our spouse or kids again and again

Maybe we have behaviors that we keep repeating like overeating or cheating on our spouse or gambling or some other behavior like sabotaging ourselves before a great success.

Maybe we want to retire in a few years but our finance look grim, or we want to get married but there are no prospects, or we want our children to be successful but we don’t know how to assist them.

Christine de Waart (name changed) is from Perth in WA. She is a vivacious, intelligent, cheerful and hard working woman. Before she learned Time Line Therapy® she was involved in two abusive relationships. Both relationships made her feel powerless: they made her feel really bad about herself.

She had very low self esteem as a result of these relationships, and she was quite overweight. She had no self-worth or clarity about the direction in her life and if you talk to anyone who has ever been in an abusive relationship-this is how most people end up feeling. Plus she was the mother of two small children at the time that she had to support and she was holding very low income jobs. She was very capable, however the way she felt about herself prevented her from even trying to apply for higher income jobs. So she felt like she had no way out, no way to be able to provide a future for her children, and no way to provide for herself.

She knew that she had to change a major pattern in her life but she did not know how to proceed. Time Line Therapy® gave her the easy, clear and concise steps of how to release and let go forever of all her past traumatic emotions and beliefs about herself which were the source of her unwanted thoughts and behaviors.

She had a major breakthrough right away that broke this cycle of abuse whith herself and others. As a result, she ended her abusive relationship, and she has not had another one since. She lost all the excess weight wich amounted to three dress sizes, she regained her self-worth back, and she began for the first time to feel a direction in her life. She developed her own company where she’s now earning five times what she was before and her company is growing rapidly. She became extremely empowered by using Time Line Therapy®. Life is truly fabulous for her now.

Time Line Therapy® can really help people break through any obstacles created by negative thoughts, emotions, and behaviors and create what they really want and deserve in their lives.

What if you could go back and re-do any old decision that you make in the past, and decide in a new way – a way that supported who you want to be now?

Adriana James appears as one of the leading experts in the movie Beyond Belief, along with her husband Tad James, creator of Timeline Therapy.Techniques.

Time Line Therapy® techniques were developed by Dr. Tad James in the early part of the 1980’s/. Working with thousands of people, he noticed a common question that women and men asked equally: “When you really have a fear of failure, or fear of intimacy, or fear to change something in your career, or fears surrounding sex, or maybe even phobic fears like fear of eating broccoli-if you could do something to change this so that it never bothers you again, what would you do?”

Producers to the movie Beyond Belief (Jim Holknecht and Becky Hays) appreciate Tad and Adriana for appearing in the film to share their years of wisdom and insight. Learn more about them at nlpcoaching.com