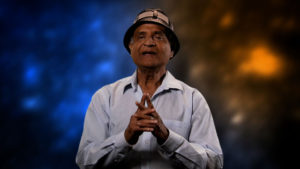 To be sure, the mathematics of quantum physics predicts objects and their movements not as determined events (as in Newtonian physics) but as possibilities.   And yet when we look at a quantum object, we don’t experience it as a bundle of possibilities, but as actual localized event much like a Newtonian particle.  How do the possibilities become actualities of experience simply by our looking at them?  This is the mysterious “observer effect.”

It was in the nineteen seventies that the physicist Fred Alan Wolf created the evocative phrase “we create our own reality.” The images the phrase evoked led, however, to many disappointments. Some people tried to manifest personal automobiles, others vegetable gardens in desert environments, and still others at least a parking space for their cars in busy downtown areas. Everybody was inspired by the theory of quantum creation, no doubt, but the results of their efforts were a mixed bag because they were unaware some subtleties.

Imagine that Wigner is approaching a quantum traffic light with two possibilities, red and green; at the same time his friend is approaching the same light from the perpendicular road. Being busy Americans, they both choose green. Unfortunately, their choices are contradictory; if both choices materialize at the same time, there would be pandemonium. Obviously, only one of their choices counts, but whose?

After many decades, three physicists at different places and times (Ludwig Bass in Australia, myself at Oregon, and Casey Blood at Rutgers, New Jersey), independently discovered the solution of the paradox: consciousness is one, nonlocal and cosmic, behind the two people’s local individuality. They both choose but from this nonordinary state of one consciousness (which I call the quantum self) where there is no local individuality or selfishness so contradiction can be avoided. This allows the common sense result that in many such crossings, Wigner and his friend each would get green fifty percent of the time; yet for any individual crossing, a creative opportunity for getting green is left open for each.

So the new paradigm of reality based on the rediscovery of consciousness within science is not only giving us back our free will, but also is identifying the source of that free will as the spirit within us, the oneness that spiritual and healing traditions have always propounded. The new paradigm is showing us great promise for integrating science and spirit. It is also promising a breakthrough integral approach to medicine that integrates conventional and alternative medicine. Read my book,  The Quantum Doctor, for the latest development on this.

Amit Goswami appeared in the film What the Bleep Do We Know, and was one of over 20 featured experts in the film Beyond Belief, produced by Jim Holzknecht and Becky Hays